Last month I looked at the ten most popular national parks in the United States. Yet since there are fifty-nine parks throughout the country, it’s worth looking at some of the other parks on the list. Each one has some unique feature that makes it special and worth visiting. This post looks at four lesser known national parks that I recently visited and encourage you to visit soon. 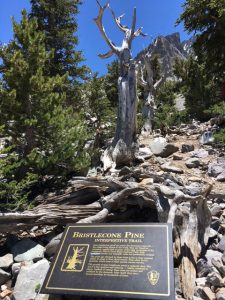 Great Basin National Park is located in Nevada near the Utah border. One of the most notable features of the park is its bristlecone pines. These pine trees are some of the oldest organisms on the planet. In fact, this species of tree can live up to five thousand years. While summer is the most popular season to visit the park, each season has something special to offer. For example, during the fall season, the park’s numerous aspen trees change color and provide an unforgettable backdrop to your adventure.

If you’re a fan of desert landscapes, then you’ll enjoy visiting Capitol Reef National Park. The park features many canyons and dome formations. A landform called the Waterpocket Fold makes up a large portion of the park. The fold stretches for almost one hundred miles and is sixty-five million years old. Visitors won’t be disappointed by the park’s numerous hiking trails and campsites.

In addition to being a national park, Mesa Verde is a World Heritage Site. Some of the best maintained Ancestral Puebloan archaeological sites are located in the park. The archaeological sites include numerous cliff dwellings. Cliff Palace is the name of the best-known dwelling. It’s actually the largest cliff dwelling in North America. Visitors are allowed to tour the key sites of the park under the supervision of a ranger. 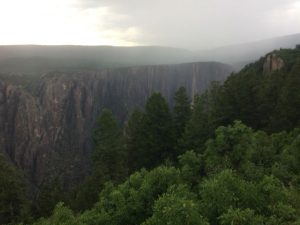 Black Canyon of the Gunnison

The Gunnison River snakes through the Black Canyon. Some parts of the canyon only receive around thirty minutes of sunlight a day which is why it’s called the Black Canyon. Many travelers visit the park to experience the scenic drive south of the canyon rim. Camping is most popular at the east end of the park. Rock climbing is a popular activity as well, yet since most of the climbs are demanding, only experienced climbers attempt to climb.

← The 5 Least Visited States
4 Jewish Museums to Visit in the U.S. →