A closer look at NYC’s most popular tourist attractions (Pt. 2) 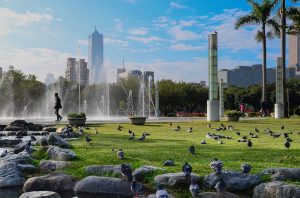 New York City is arguably the most popular and internationally regarded city in the United States. This city brings in a seemingly countless amount of tourists annually, and for good reason; it houses some of the most important and iconic landmarks in the world.

We previously explored a few of the most well-known attractions in New York City. Here, now, are is a closer look at several more of the city’s most famous sites.

The Statue of Liberty

Perhaps the most iconic landmark in not only New York City, but the United States at large, the Statue of Liberty has long embodied freedom for both new and established US citizens; it quickly became a welcoming image to immigrants arriving from abroad. The massive neoclassical statue, which was gifted to the US from France and was dedicated in 1886, remains a centerpiece of New York Harbor, and it attracts legions of tourists on a daily basis. While visitors will usually have to take a ferry to visit the statue, there is no charge made for entrance to the national monument.

Central Park is massive in scale and jam-packed full of things to do. Designated as a national historic landmark by the US Department of the Interior in 1962, the park is home to a variety of leisure tours, exercise trails and venues, and even two restaurants. Perhaps the park’s most notable aspect is its thriving music scene, including the Naumburg Orchestral Concerts, the oldest free classical music concert series in the US (founded in 1905).

When it comes to concert and professional sports venues, few locations top Madison Square Garden. The storied venue was incepted in 1968, and since it has grown into one of the most famous locations of its type, serving as home to both the Rangers and the Knicks. On the music end of the spectrum, the venue is a regular stopping point on most major US tours. Notable upcoming shows in 2018 include Billy Joel, Justin Timberlake, and the Foo Fighters.